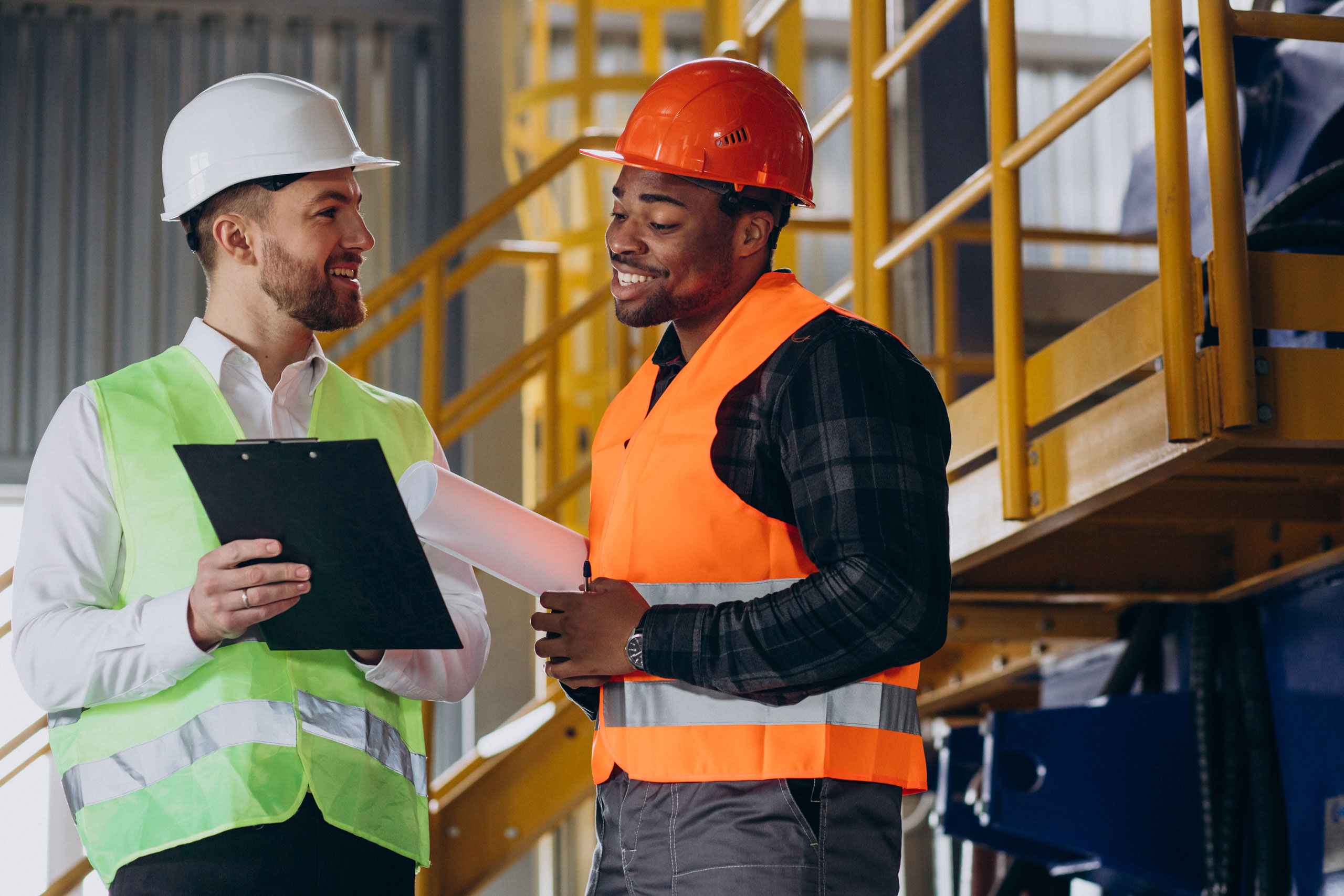 If a person’s not breathing and their heart is not beating, they can die or suffer permanent brain damage very quickly. In situations like this, it’s important to know how to perform cardiopulmonary resuscitation, or CPR. This course explains when and how to perform cardiopulmonary resuscitation. The proper process for providing Hands-Only CPR is also explained.

Alcohol and drug overdoses are serious situations at work. They can lead to poor job performance, workplace violence, severe injuries, and even death. In this course, you’ll learn some common types of drugs that can be overdosed on, symptoms of alcohol and drug overdoses, best practices for interacting with someone who’s overdosed on alcohol or drugs, and first aid to help the person who’s overdosed.

People can receive bites or scratches from small animals, larger animals including livestock and large predatory animals, and even other humans. All of these may be situations that require at least simple, basic first aid, and in some cases they may require additional emergency medical care. In this course, you’ll learn the basics of what to do if someone is bitten or scratched by a small animal, livestock, a larger predatory animal, or another person.

In some first aid situations, the victim’s heart will be beating too quickly or in an irregular manner. In cases like these, an automated external defibrillator, also known as an AED, can be used to shock the person’s heart back into a normal rhythm. In this course, you’ll learn when and how to use an AED, including an automatic AED and a semi-automatic AED.

There are certain cases when a person is bleeding that are always emergencies. These include extreme blood loss, amputations, abdominal evisceration wounds, sucking chest wounds, and internal bleeding. This course explains the importance of calling for emergency medical assistance in these situations and lists the appropriate steps of first aid to provide.

Broken and dislocated bones are a common injury in all walks of life, including at the workplace. By following safe work practices, properly guarding hazards, and wearing appropriate PPE, these injuries can be avoided. However, in some cases, broken bones will still occur. In this course you’ll learn some different types of broken bones and dislocations and how to provide first aid for them. You’ll also get some guidelines for when it’s necessary to summon emergency medical assistance to transport the person for additional medical care after first aid is provided.

Burns are a common occurrence in life, including at work. These may be something as simple as a sunburn or as frightening as a radiation burn. Burns are generally discussed in terms of their severity—first degree, second degree, and third degree. In this course, you’ll learn how to prevent burns from occurring at work, how to recognize the degree of a burn, how to provide first aid for different degrees of burns, and how to provide first aid for special types of burns, including electrical burns, burns from chemical spills, and thermal (heat) burns.

Dehydration can be a serious health concern and if severe enough, can even be fatal. This course explains ways to stay properly hydrated, explains how people get dehydrated and symptoms of dehydration, and explains first aid techniques for mild and severe dehydration.

Diabetes is a disease that is becoming increasingly more common in the United States and in other parts of the world. As a result, the chances that you or a coworker may suffer from a diabetes-related health emergency have increased as well. In this course, you’ll get a basic idea of what diabetes is, learn how to recognize symptoms of a diabetes-related health crisis, and will learn some tips for providing first aid to a person suffering from a diabetic emergency, including both high blood sugar (hyperglycemia) and low blood sugar (hypoglycemia).

A person’s eye can be injured easily while on the job. As a result, safety glasses or similar eye and face protection is important when appropriate. In addition, however, workers should know how to provide first aid for eye injuries suffered at work. This course covers first aid for eye injuries from chemicals, cuts and scratches, and for objects embedded in the eye, and provides general procedures for using safety showers and safety eyewashes.

Fire ants are aggressive ants that sometimes bite and sting. This course explains where in the U.S. fire ants are most commonly found and, within those regions, the types of areas you’re most likely to find them. It gives tips for bite/sting prevention, and discusses first aid procedures for bites and stings, including first aid for people who are allergic to the bites and stings.

Flying insects, such as bees, wasps, hornets, yellow jackets, and even so-called “killer bees” are common throughout the United States. In most cases, they aren’t aggressive and they don’t seek to sting humans. However, when stings do occur, they’re typically minor and require only limited first aid. In other cases, however, especially if the person who’s stung is allergic to the sting, or if the person is stung many times, the situation can be quite severe or even potentially fatal. In this course, you’ll learn how to avoid being stung by flying insects, what to do if someone has been stung and is having a mild reaction, and what to do in the event of a severe reaction to a flying insect sting, including what to do if the stung person is allergic.

The word “poison” is a general term used to describe a substance that can cause illness or death. Poisons can include many things, including medicines, drugs, household products, workplace chemicals, plant and animal toxins, and gases. Poisons can be ingested, inhaled, injected, or absorbed into the body. This course explains what poisons are, lists some common poisons, gives tips for preventing exposure to poisons, explains the importance of contacting a Poison Control Center in the event of a poisoning, and explains first aid procedures for poison exposures.

Scorpions can be found throughout most of the United States. However, the only scorpion commonly thought to be dangerous to a healthy adult is the bark scorpion, which is typically found in the Southwest. In most cases, a scorpion sting calls for only some minor first aid and perhaps some rest. But bites from a bark scorpion, or bites to children, elderly, or ill people, may require additional first aid. This course explains first aid for a scorpion bite. It also explains where scorpions live and what they look like; gives tips for preventing scorpion bites; and explains the symptoms of scorpion bites.

A seizure is caused when there is sudden, abnormal electrical activity in the brain. Causes of seizures include diseases, such as epilepsy, brain injuries, fever, and reactions to drugs. Although most seizures are brief and cause no lasting harm, some seizures may be prolonged, presenting both immediate danger and long-term effects. In this course, you’ll learn about the symptoms and causes of seizures as well as first aid to provide a person experiencing a seizure.

When a person goes into shock, it can be a very serious and even fatal health situation. As a result, this course will explain some reasons people go into shock, list some symptoms of shock, explain first aid to provide to someone in shock, and note the importance of calling for qualified medical assistance to aid someone in shock.

Bites from snakes of any type can be hazardous and require first aid. This is especially true with bites from poisonous snakes. This course focuses on first aid for bites from the four most common poisonous snakes in the United States: rattlesnakes, water moccasins, coral snakes, and copperheads. Information focuses on snake identification, bite prevention, and proper first aid.

Spider bites are typically minor issues, but they can be more serious. And that’s especially true in the U.S. if the spider is a black widow, a brown recluse, or a hobo spider. In this course, you’ll learn basic first aid for minor spider bites. In addition, you’ll learn what black widows, brown recluses, and hobo spiders look like; where in the U.S. they tend to live; the kind of areas they’re commonly found in; why they tend to bite and how to avoid their bites; proper PPE to wear when in an area they may live in; symptoms of their bites; first aid for their bites; and the importance of calling for qualified medical care if one of these three spiders has bitten someone.

Ticks are small insects commonly found in grassy areas pretty much everywhere in the United States. They bite people and suck their blood; while doing so, they can transmit many dangerous diseases to the person they’re biting, with Lyme disease being the most notable. In this course, you’ll learn what a tick looks like and where ticks live; how to avoid being bitten by a tick; how to inspect your body for ticks; how to remove a tick from your body if you have been bitten; first aid for tick bites; symptoms of tick bites and serious reactions to tick bites; and tips for seeking medical care after a tick bite.

People can lose consciousness for many reasons. This course explains some of the most common reasons, explains the importance of calling for qualified medical assistance, and gives tips for providing first aid.